We are in love with Milan and we can’t hide our collective worry as we see it slow down. We wish to see our city gain speed in 2019, taking more and more the center stage as an European city, relying on engaging projects for its future as well. Here is our wishlist for Milan, with no flag to wave or faction for us to support, starting with what we think does not work or could work better.

Things we would love to see in Milan in 2019

We are long-term sceptics whenever politics in Italy are involved. Often promises have a greater return when they are made, rather than when they are kept. This is a habit from lazier places having taken root in Milan as well. We ask our politicians to surprise us in 2019, committing themselves to keep those promises they still haven’t honoured.

Milan as a city seems to be a sitting duck in all its areas. The metropolitan area is a sort of ectoplasm whose usefulness seems to elude its citizens. Furthermore, other questions arise on the administrative system the city possesses. Has anyone of you understood what municipalities are there for yet? For each and every policymaking decision, municipalities can only address requests to the City, as any citizen can. Besides that, what do the numbers identifying the municipalities mean?
They seem to be useless entities, dripping red tape and lacking an identity. We would like to see the efforts focusing on municipalities be directed on districts instead.

A significant reduction in smog levels

We will keep repeating that reducing smog levels is a worthwhile pursuit until all that could be done to bring the air pollution in Milan down to a manageable level is actually done. Sadly, we think that the most innovative and technological city in Italy implements no advanced strategy to reduce pollutants. From India to China, from London to St. Petersburg, all those areas of the world being more sensitive to the quality of their air are implementing anti-smog initiatives using the best available technologies. Some amongst such technologies are successful, others less so, but what we would like to see is our city making an extraordinary effort in improving the quality of the air we breathe. The purpose should be to cut down smog levels, not only to reduce emissions by limiting vehicle circulation and access, as these initiatives seem to be more focused on providing money to the city rather than on improving citizens’ health.

This has been a topic of discussion for years. One of the assets Mayor Pisapia claimed as his own is now spearheaded by Mayor Sala as well. That’s fantastic, wonderful projects for our citizens to dream about are about to start, including garden districts, super-ecological and sustainable areas, as well as booming residential zones. In 2019, we would like to finally see some ribbons cut after their relevant projects have been completed. These projects need not be complex, but only entirely built within one of the several former railway yards in the city.

The Centrale train station as a suitable presentation for the city

We are the people that, when in Rome, can’t wait to board the Frecciarossa high-speed train going back to Milan from the Termini station. And our heart leaps with joy whenever our train enters the Centrale train station again. We would love this joy to become pride and to see the square hosting the Centrale train station turn into a wonderful presentation for our city.

The end of the so-called “Expo effect” reverberates, amongst other things, on the debate concerning Milan as a whole. During the Expo era, there were those for Expo and those against it, therefore the debate was focused on an actual event, i.e. the universal exposition. Nowadays, the main issues and discussions revolve around personal ideologies and viewpoints rather than be based on facts. We would love to see what policymakers achieve or not get back to the forefront of political discussion instead, considering what’s best for Milan rather than any faction or political standpoint.

Improvements in our advancing subway system

The subway system is one of the few elements everyone agrees upon. Everybody loves it, even those not using the subway since a long time. We love the fact that it’s there and is advancing constantly. We are so focused on the future that Line 5 of the subway was completed before Line 4 was even started.
During 2019, we would like to see an extension in those subway lines being currently active, Line 4 being completed and all the subway trains being available by night as well, at least during weekends. We would be sorry if the only noteworthy innovations were to be the 2€ single fare tickets.

A serious debate on Milan and its possibilities of autonomy

Everybody in Milan admits it, even if mostly only in a whisper: the city fulfils all requirements needed to achieve and implement a greater degree of autonomy.  As things stand now, every such request must be considered by Rome and the administrative system is the same for every municipality in Italy. As ALL the most important countries in Europe afford a significant degree of autonomy to their bigger cities, as well  to those being more competitive within the international milieu, we consider very sad the fact that no serious and inclusive debate has been promoted by the policymakers on this matter up to now, more than the absence of any kind of autonomy for Milan.

After having lost the opportunity to host the EMA, the elimination of the Internazionale team from the Champions League and of AC Milan from the Europa League, we can only place an “All in” on the Olympics. The first logo proposed by the city wasn’t such of a much. We should work harder on this, and it would be good to involve those design firms honouring the city. If the Olympics are to come to Milan, then the city should make its best features, elements and professionals stand together as a team.

Keeping the roads efficient and usable

Once, road inspectors and their houses had the responsibility of keeping the roadways efficient and usable. It was a somewhat naive, but effective way to control all the relevant areas. Alas, as it was to be the case in every sector, from an accountability-based decentralization based on local entities, a shift was made towards an impersonal centralism, filled with red tape. Such a shift concerned roads as well, resulting in holes and other damages. And, please, thinking that the situation in Rome is worse should provide no solace.

The possibility for a Milan-based enterprise to achieve international renown

We do not endorse protectionism; however we are concerned by the fact that our city is becoming a sort of shopping mall for foreign entrepreneurs seeking active undertakings. Some foreign entrepreneurs would even buy our pastry shops. On the other hand, it has been too long since a Milan-based enterprise has been able to become a protagonist on the international markets. We cannot fathom why: despite our decades-old discourse on start-ups, our area seems unable to create a new enterprise able to become an international market leader. That is indeed a pity, as such an enterprise may vey well drive others forward, while generating precious spin-offs.

The (re)birth of new high-level industry in Milan

However, no single result should be enough, no unicorn, no single new enterprise, no matter what kind of wonders it achieves all over the world, should be deemed sufficient.
Our greater dream involves new industrial sectors arising and flourishing in Milan, making the city a worldwide cornerstone. Milan has already achieved such results, namely with fashon and design; the biotech and aerospace sectors may very well be good stepping stones towards such goals. Tradition is on our side.

Milan as a green city

Milan as a green city is a much-debated topic, but it is seldom acted on, as stopgap solutions and small interventions seem to be the norm, as an overall strategy on such an issue seems to be still lacking. Something we would like to see during 2019 is a serious plan for Milan to truly become a green city, due both to the exponential growth in its green areas and to the restoration of its existing parks, gardens and the like. Here, we are talking about the green belt besides the ring road around Milan and its suburbs, whose weakest parts are the woods in Rogoredo. Such a dismal place may very well become a wonderful park. 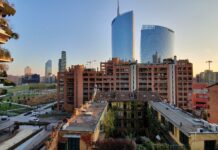 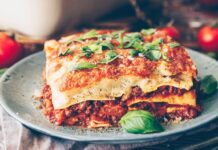 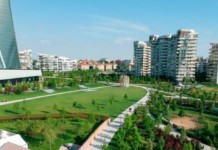