Home Evergreen Milano Internazionale Ten things that TOURISTS THINK about the Milanese… which are not true...

There is no shortage of legends related to what the typical Milanese is. Let’s not ignore those made by the non-Milanese passing through the city. Here, we would like to discredit them, one by one.

Ten things that tourists think about Milan that are not true.

#1. A Milanese is not prone to take a picture of a tourist

All one has to do is ask … a Milanese will respond affirmatively, and with a smile.

A ‘foreigner’ from Friuli was convinced. What with an increase in autos, and the introduction of ‘Area C’, things have changed … two-wheeled vehicles are everywhere, in swarms.

Many believe that the Milanese are very materialistic, concrete, that they think only about work, money, and running away for the weekend. Though it is true that it is rare sight to see a Milanese reading a book on the subway, Milan remains a capital of culture. It is the city where art-house cinemas still survive, where lines form to enter a museum, where one often meets up with a theatre-goer.

#4. Girls from Milan eat little, and are stuck-up

Yes, this is somewhat true, but only so if considered as a left-over situation from the 90’s.  The truth is that globalization has swept away traditional prudery. Rumanian and Russian girls are seen as competition, but Milanese girls accept the challenge, never leaving the field to these uninhibited women.

#5. The Milanese are against Italians from the South

It may have been true up to recent times, where signs outside of universities read: ‘Rooms for rent – please no Non-EU immigrants or Southerners.’ Indeed, it was a typical Milanese light-hearted joke. In truth, all are welcome here, with no regard to their origins. In the hustle and bustle of a city like Milan, it only matters that one gets down to work, contributing through his efforts to the productive welfare of all.

True, we are not the warmest, noisiest or cheerful people in Italy, but this is only because the typical Milanese is both kind-hearted and insecure. They also are very concerned about what others think of them.

Repeat these words, with the ‘e’ sound as a Frenchy ‘ay’: polpétta (meat ball), cotolétta (cutlet), biciclétta (bicycle). Enough of these games! It is a bit like having a Florentine exhausting himself with the ‘h’ tongue-twister: hoha-hola, hon la hannuccia horta horta. It’s something like our ‘she sells sea shells by the seashore’. Then there is the Neopolitan singing ‘O sole mio’, or the Roman, by gift of living in Rome talks informally to the Pope as if he were a chum. In truth, Milano is the place where the most correct Italian is spoken.

#8. The Milanese curse a lot

90% of the curse words we hear in Milano are either ‘u’e figa’ (Oh pussy) and ‘dai cazzo’ (come on, damn it). Comedians like Cochi and Renato or Claudio Bisio are irreverent and quite special, but we don’t walk around 24 hours a day saying ‘Oh la Madonna’ (perhaps better stated in Englishly Italian as ‘mamma mia’). However, we have to say that it’s been a number of years that using curse words has gone out of style.

It is enough to look around at the people on the subway system, resembling those showing off on Facebook, or while at work noting who comes in and out, to verify in an instant if the ‘look’ is up to par or not. If ever you see a Milanese in your city, take a good look as you’ll be ready to renew your wardrobe.

#10. The Milanese live for football

O.k., so we have one of the most followed subway series in Italy: Milan vs Inter. Can we compare a Milanese football fan with one from Genoa, Rome, a Neapolitan? The impact of the results linger on well into Monday, when, alas, it’s time to work! 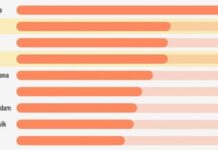 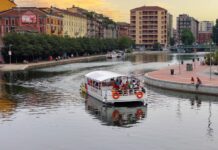 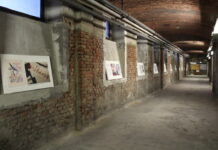