We are in love with Milan and we cannot help but be worried for its possible slowdown. For 2020,  we request that Milan picks up its pace, further confirming its place as an European city, with several amazing projects in its sight. Our wishlist for Milan follows, featuring no flag or faction and starting with what does not work, or that might do better.

Some promises being kept

We have always been skeptical as far as politics in Italy are concerned. And that is because, in Italy, promises often count for more than what is actually achieved, something that, fromlazier places, spread into Milan as well. For 2020, we ask politicians to surprise us, keeping those promises they still haven’t honoured.

Milan seems to be hamstrung in all his areas The metropolitan area is a sort of ectoplasm whose usefulness seems to elude its citizens. Furthermore, other questions arise on the administrative system the city possesses.  Has anyone of you understood what municipalities are there for yet? For each and every policymaking decision they intend to implement, municipalities can only address requests to the City, as any citizen can. Besides that, what do the numbers identifying the municipalities mean? They seem to be useless entities, dripping red tape and lacking an identity. We would like for them to be provided with identity and resposibility, allocating resources based on the objectives they have achieved.

A significant reduction in smog levels

We will keep repeating that reducing smog levels is a worthwhile pursuit until all that could be done to bring the air pollution in Milan down to a manageable level is actually done. Sadly, we think that the most innovative and technological city in Italy implements no advanced strategy to reduce pollutants. From India to China, from London to St. Petersburg, all those areas of the world being more sensitive to the quality of their air are implementing anti-smog initiatives using the best available technologies. Some amongst such technologies are successful, others less so, but what we would like to see is our city making an extraordinary effort in improving the quality of the air we breathe. The purpose should be to cut down smog levels, not only to reduce emissions by limiting vehicle circulation and access, as these initiatives seem to be more focused on providing money to the city rather than on improving citizens’ health.

This has been a topic of discussion for years. One of the assets Mayor Pisapia claimed as his own is now spearheaded by Mayor Sala as well. That’s fantastic, wonderful projects for our citizens to dream about are about to start, including garden districts, super-ecological and sustainable areas, as well as booming residential zones. In 2020, we would like to finally see some ribbons cut after their relevant projects have been completed. These projects need not be complex, but only be built entirely within one of the several former railway yards in the city.

The Centrale train station as a suitable presentation for the city

The end of the so-called “Expo effect” reverberates, amongst other things, on the debate concerning Milan as a whole. During the Expo era, there were those for Expo and those against it, therefore the debate was focused on an actual event, i.e. the universal exposition. Nowadays, the main issues and discussions revolve around personal ideologies and viewpoints rather than be based on facts. We would love to see what policymakers achieve or not get back to the forefront of political discussion instead, considering what’s best for Milan, rather than for any given faction or political project.

Constructing the subway the right way

The subway is one of the few cohesion elements in our city. Everybody loves it, including those who do not take its trains since a long time. We love the fact that the subway system is there and that it advances all the time. We are so keen on the future that Line 5 of our subway was built even before Line 4 was started. For 2020, we would like to see the start of the groundwork for the extension of the current lines, Line 4 be finally complete and that the subway system may work during weekends as well. Moreover, concerning the construction of Line 4, we would like to see the resolution of the emerging urban issues, such as the absence of track switches and the ugliness of the entry and exit structures. Finally, we would love to see the promise of allocating the greater proceedings due to the 2 € ticket fares to service improvements being kept.

A serious debate on Milan and its autonomy, featuring everyone interested

Everybody admits it, nowadays, even if the majority does it only under its collective breath: our city possesses all the requirements needed for a greater degree of autonomy. As things stand now, every administrative request must reach Rome first and the system remains the same for every municipality in Italy. Within an Europe where practically EVERY country recognizes areas for autonomous management concerning those cities being bigger and more open to international competition, we find it sad not that Milan has no autonomy whatsoever, but rather the lack of a serious and involving debate on the subject, itself promoted by the administration of the city.

Winter Olympics: hurrying and crunching should be avoided

Thruth be told, the first signs on the matter are by no means encouraging. The new CEO of the Winter Olympics Committee, Mr. Novari seems always to be about to resign, because of an age-long, typically Italian, problem: a thousand different subjects wanting to have their say and a hand on it, so that nothing gets done, up to the last minute. We have already seen that with the Expo. Back then we did it, but the risk of failure was there all the time. However, this time around, we would like the serious work needed to effectively start before the very last moment.

Keeping our roads in a good condition

Once, the signalmen’s houses had the reponsibilites on road tracts and areas. It was an effective, if perhaps a bit naive, way to keep an eye on the territory. Then, as it has been the case with every sector, a responsible decentralization was supplanted by a burocracy-laden, impersonal centralism. This happened for roads as well. And potholes began to appear. A few drops of rain are enough to turn any road into a minefield. Please, thinking that Rome has a worse situation provides no solace.

The international affirmation of a new, Milan-based company

We are by no means protectionists; however, we are worried by the fact that our city is becoming a shpping places for those stangers poaching our industries.
Foreigners buy even our pastry shops, nowadays. On the other hand, it is too many years since we have seen a Milan-based company being aple to play ain important role on the international markets. We surely wonder why: despite all the rethoric on start-ups, we seem unable to create a new enterprise being a leader within the international milieu. And more is the pity, as such an enterprise could also generate several precious connected activities.

A single result does not change a situation: an unicorn, that is to say a single new enterprise able to work wonders alla round the world cannot be enough. Our greatest dream is to see an entire industrial sector flower in Milan, turning the city into a global cornerstone on the matter. We pulled this off with fashion and with design; these achievements could be repeated with the biotech sector. We surely do not lack a tradition.

The environment-friendly turn by Mayor Sala was a new development for 2019. From reusable canteens to the planting of new trees, Mayor Sala took a firsthand stance against global warming. This is all well and good, however, some doubts persist on such a sudden transformation: the Fridays for Future movement, tracing back to Greta Thunberg, saw the current City Council as the main force behind the great “concrete wave” affecting the former railway yards in the city. Both the City Council and the Mayor have had their credibility questioned, with a significant resonance, about environmental battles. What we would like to see in 2020 is a serious plan, for Milan to be truly green, considering both the exponential growth in green areas and the restoration of the pre-existing green areas. And this is also because, between warehouses, rail yards, drops and conservatories, the green areas in Milan seem to be shrinking as time goes by. 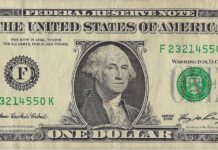 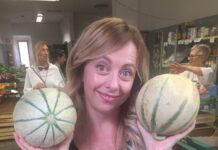 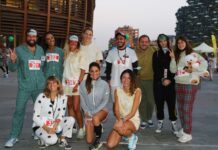