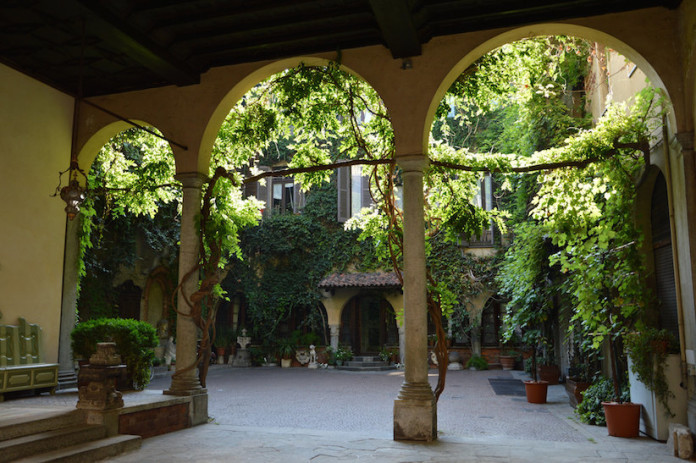 Living in Milan means eternally rushing from here to there, even when we are giving someone a tour of the city. Now more than ever has Milan been transforming itself into an all for all. From its womb, where a new subway line has been inaugurated to its heights, where soaring skyscrapers have created a new skyline rising from piazza Gae Aulenti.

Reflecting upon these changes, from the city’s heritage to futuristic ambitions already underway, we are presenting our readers with a list of ten places to show someone visiting Milan for the first time and the reasons why these have been chosen – a handy quick guide of how to make a good impression by doing so.

It is the rooftop of all rooftops in Milan. While great hotels and fashion houses today offer happy hour aperitifs with no hesitation, the terraces of Milan’s main cathedral have been there since the end of 1800, freely open to the public, also offering guided tours of the veranda work, proposing the most precious, priceless thing our city can offer: a view of the Resegone mountain peaks at dusk.

While walking upwards among the spires and pinnacles, glancing upwards  at the Madonnina, a 12-foot golden statue of Milan’s patroness Virgin Mary, it is fun to guess at the names of the statue saints and historical people lining the way. Squint your eye and you’ll be able to find even Mussolini!

Be careful, though, and don’t let anything scare you; there are three things which could make your hair stand on ends: the dizzying heights, the Gargoyles, and the ghost of Carlina.

This castle is the manor of Milan, and what’s incredible is that not everyone knows it. It conserves valuable collections, from the Egyptian Museum, to an array of Arms; there are historical courtyards and wells, even a fresco with an elephant. Also here, we meet up with stories of ghosts and other strange occurrences, something we must expect given the vicissitudes attributed to the Castle, the Sforza and Visconti families, and others right down to Napoleon. It is possible to walk through the castle’s basements, or along the battlements, or among what remains of the coffer boxes so nobly displayed. The world surely envies us for other treasures:

In every way, a miracle: technically, in excellence, history, mystery, and imagery.   Leonardo Da Vinci’s The Last Supper, extraordinary only by the fact that it has survived until today, given that the artist was not know to be a voracious eater. You might ask: ‘What are you talking about?’ You see, Leonardo did not paint frescos in the usual way, but instead used eggs and other organic materials easily found, but more perishable. It is only thanks to God that the wall of the church on which it was painted survived heavy bombings on that fateful night of August 10th of 1943 when the surrounding walls fell, and left standing only the section with The Last Supper. Take a look at the pictures of the bombing aftermath and you will truly understand what a miracle is. Today, one must reserve the visit, then stand in line for hours to view this masterpiece. The experience itself lasts only a few minutes, can be completed by entering into the adjacent Basilica Santa Maria delle Grazie, of which the Convent Refectory is part. There is also the recently restored Vineyard of Leonardo at the adjoining Casa degli Atellani where Leonardo lived in the 15th Century. During the Milan Expo of 2014, his lush garden and grape vines were brought back to life, a gift that the Milanese fashion world made in honor of his genius. Dan Brown, with his novel The Da Vinci Code, has consecrated an already well-known myth: a call for surreal or less so restorations, The Last Supper remains a timeless miracle to be seen.

#4. The Washer-women’s Lane along the Navigli canals

The Navigli canals remain as the last traces of the fluvial track on which Milan was furrowed in order to bring marble from Candoglia to the building site of the Duomo. Observing them in the evening has a ‘bohemian’ effect. Yet, the beauty of certain views as the Washer-woman’s Lane, a delightful walk along the canals, finding oneself in the renovated Darsena, as well as the courtyards of iron-railing popular houses, some known for their use as artist ateliers are better seen in the peacefulness of day. This is when the two seemingly sleeping canals that ‘did not know how to navigate’, as an old song had it, are furrowed by a dinghy offering an open-air ride.

It is the theater of theaters, the temple of Opera, the stage upon which the ghost of the great Maria Callas still walks, and where the ballet dancers Carla Fracci and Roberto Bolle danced. Opening night at La Scala is an event par excellence, occurring as it does on the 7th of December, honoring the city’s name day patron, Saint Ambrogio. Open year round for a tours, public rehearsal, and museum visit. A historical fact of special interest: it was the first building to be entirely illuminated by electrical current, in 1883.

#6. The Church of San Maurizio

Being the church with the greatest number of frescos, San Maurizio is called the Sistine Chapel of Milan. There are works by Luini, along with decorations by Campi, Boltraffio, and perhaps even Foppa, a perfect example of the development of citizen art after Leonardo da Vinci’s permanence. Yet, this remains one of the places less known to the Milanese themselves. One of those people temples wherein one can absorb Byzantine art, while immersed in the spirit of diverse epochs. A part of the complex of the San Maurizio, San Maurizio at Monastero Maggiore is the oldest feminine monasteries of Milan. The partitioned church dates back to the beginning of the16th century. Nearby, also on Corso Magenta, we find the Archeologic Museum. Its surrounding area was part of Milan, the Roman Empire of the West.

Here is another example in which the movida offers one the possibility, let’s say knowingly, to discover extraordinary snatches of Milan’s past. The Triennale, a Palace of Art, an example of Rationalist architecture of the 1930’s, is particularly adapt for Contemporary Exhibitions. Its Museum of Design captivates our interests, as does the Giorgio De Chirico fountain sculpture, Bagni misteriosi. The Arc of Peace, which in the vision of Napoleone would have constructed the Sforzesco Castle of Milan – the Arc du Triomphe of Paris, ever popular as a background for films or goliardic parties, entering into the jargon of the young seeking a ‘cool’ place for their Milanese nights. The Arena, where every marathon finish line seems to take place. It has been expanded to contain naumachie, Milanese naval battles, and today a maimed Coliseum used by those who wish to go jogging right in Milan’s center.

#8. Quadrangle of Fashion (via Monte Napoleone, via della Spiga)

The 1980’s brought us Milano da bere, a way of saying ‘Milan’s prosperous, merry night-life’, seems to live here, in the area from the Octagon of the Vittorio Emanuele Gallery to the Public Gardens of via Palestro. This was once the center of butchers and small shop-owners: Today, even the last glorious evidences of yesterday have abandoned the turf when confronted by the giants of fashion houses. But the truth is that with a bit of constancy and nerve, one can still seize the opportunity for some window-shopping in the maze of streets and alleys, at times only pedestrian. Pure amusement it can become to play a guessing game of ‘who lived here once?’, given the number of plaques and memorabilia. Or to enter some doorway and walk up a flight of stairs, entering hallways with precious decorations and sculpture work. Let’s not forget the Napoleonic pawn shop, where it was more important to recognize the beauty of the object before him, and not only to limit oneself to purchasing it.

This Square is a truly great image of Milan’s resurgence. What with a new skyline, proudly capped off by the towering Unicredit sky-scraper, the award-winning Vertical-Garden apartment house, and the all-wood encased Pavilion … all enclosed in this business and meeting point center of Milan’s new financial activities, featuring great crowd-drawing urban shows.

It is the symbolic caesura between what was – the self-indulgent dolce vita of Corso Como; the grandiose elegance of Corso Garibaldi, with its bistros and snuggled, epochal buildings.

#10. On the top floor of Lombardy’s impressive government seat

Topping the list is this 39-storey Lombardy Region Building, conceived by great architect and designer, Gio Ponti. This towering, enormous box stands proudly, sporting windows of tubes and glass on the top floors. On clear days, one has an incomparable view of the pre-Alp Mount Resogone; one even has the idea of having the entire Po Valley spreading out before him. Visits are possible only on the last Sundays of every month, this is another of those places undeservedly unexplored. Perhaps for this reason, the Pirellone is even more special.

Photos taken from the web 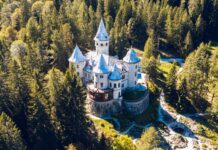 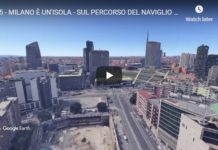