Home Evergreen Milano Internazionale Let’s hear it from Switzerland: Milan would be the BEST CAPITAL CITY...

An article was recently published by one of the leading Swiss daily newspapers, namely the Zurich-based Tages Anzeiger, titled “Milan would be the best capital”.

This article is a true labour of love for Milan, as it recognized the greatness of the city, itself counterposed to the dramatic decline the rest of the country is currently experiencing.

We deemed it good to provide some excerpts of this article above:

“Milan would be the BEST CAPITAL CITY for Italy”

“Milan is completely alone, up there in Northern Italy”

“Some Italians believe Milan not to be a part of Italy. Italy, with its love for baroque and ludicrous forms of chaos, is believed to begin only south of the Po river. Others say Milan to be a mix of Northern and Southern Italy, a city showing Italians what could be possible if only they wanted it”

“Milan is always a step ahead, in everything. Milan is the ‘locomotive’ of Italy: its citizens are rigorous and unbending with themselves, almost as if they were Protestant, their “heresy” for the Madonnina notwithstanding. Only Milan is able to fully use the amazing creative potential available in Italy”

“Milan reinvented itself during the recent decades, and such an evolution may very well be seen from afar. The city has a new skyline, both tall and massive, very un-Italian in nature, as if it were a new face of the city. The steel and glass towers in the districts called City Life and Porta Nuova are a cry for modernity, and they are only the beginning. Archistars and investors from the East are attracted by the city, also because the long recent economic crisis drained the Italian capital available for great public works. The Bosco Verticale (Vertical Forest), the totally-ecological skyscraper Mr. Stefano Boeri, the famous Italian architect, built near the Porta Garibaldi train station, has become a symbol for the relaunch of the city”

“While the beautiful, classical cities of Italy tiredly wallow in their ancient splendour, Milan builds a new district, new subway lines, turns old factories into cultural centres and restaurants, while taking significant steps to renew the old canal system of the Navigli”

“Rome and Milan, the two ‘capital cities’ of Italy, as they are called, since they are the political and economical capital cities of Italy respectively, are getting apart more and more from each other. Everything Rome can do its Northern rival can do better. Except maybe one single thing: the past.

Once, Milan was an industrial city; now, it is the centre of Italian fashion, banks, media, design and start-ups. While the rest of the country is adversely affected by the so-called ‘brain drain’, i.e. the flight of local talent, many youngsters from all over the world come to the Universities based in Milan in order to study together with their Italian colleagues”

“Almost twenty percent, double the national average, of the residents of Milan are foreigners. The city seems to integrate them easily. In no other place in Italy foreigners become able to support themselves and to achieve success. And those who do not, are cared for by tens of thousands of volunteers. After all, this metropolis in Lombardy is not only rich and snob, but also the capital city for volunteers”

“The Rome-based ‘La Repubblica’ newspaper recently wrote that ‘Milan is not a paradise; it finally became part of Italy. If we want to start again, we must start from someplace, and Milan is good for that.
Milan was believed to have only fog. Or was it?”

You can read the original article here: Mailand die bessere Hauptstad (Milan would be the best capital city) 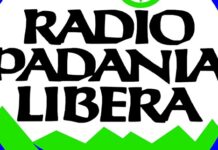 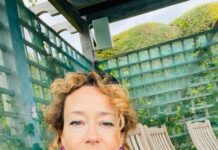 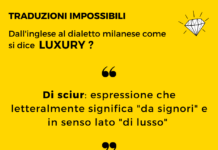