Home Evergreen Milano Internazionale What would happen if Milan became the capital of Italy?

“Could you tell me what the first signal that Rome is no longer the capital of Italy would be?” my friend Filippo asked one day. “No, I have no idea,” I answered. “It’s the wording ‘Rome, capital’. Rome as the capital city of Italy is the demonstration of the Roman’s sense of inferiority. They do not understand that their city’s greatness is more important than its being the capital of Italy. They believe to do it honor yet are only capable of humiliating it. ‘Rome, capital’ is the end, something like Milan calling itself the major city in the Lombardy region. The Milanese would never accept this as dignity reigns supreme in Milan.”

Despite the negative meaning of these words, Filippo remains in love with Rome. As such, he suffers to see his city’s unceasing decline. Reflecting upon our discussion, I tried to imagine, together with Dulio Forte, what would happen if Milan became the capital of Italy.

The seat of Parliament would be transparent, thus allowing citizens to verify that its members are working. There would be a pedestrian walk running through its center. Bright, cheerful colors, windows affording horizontal and vertical views of the mountains in the distance, unlike the existing space, closed as a flop-house hovel.

It would be eco-friendly, super-ecological, quite the opposite than the existing one in Rome.

Having our seat in the middle of the city would mean encountering problems with traffic. Instead of following in Rome’s foot-steps, paralyzing movement in traffic, we would build everything on the outskirts of the city, perhaps in the East near the airport, between Idroscala and the Adda River. This would create a new center, without encumbering the city, and the BreBeMi highway would become even more useful.

All new buildings, an innovative, modern downtown area would give new vigor to the real estate market, without inventing useless constructions which only remain uninhabited. Important institutions and offices would be close at hand, and not light years away from the city hub of activities, helping to make the economic functions run more efficiently.

#4 Milanese sheriffs in the interest of the country

Other than being Romans, who host, eat, treat you with honor as a family member, the Milanese are ruthless. Anyway, who finds themselves still eating at two in the afternoon?

#5 Abolition of the CNEL, the National Council for Economics and Labor

The headquarters is now in Rome. Milan has no suitable venue: abolished.

#6 The Milanese State model is more efficient than the Roman

Today’s state is Roman essence right the marrow. That is the reigning mentality, the organizational structure also because the State lives in its totally Roman environment. With a move to Milan, everything would change, and the innate efficiency of our city would revolutionize not only the mentality of the administrators and public servants, but also the attitude of the entire state.

#7 We will be located more centrally in Europe

Thus, we could be ever-present, closer in contact with other European powers.

#8 Better representation of the Italian territory

Milan is more highly respected than many other communities in Italy. It is the only truly cosmopolitan city, hosting people who have come here from all over Italy and Europe.

We would become a capital projecting a better image, more modern and European. Tourists would have a better vision of Italy, and all Italians abroad would be better known, respected.

# 10 Not to be confused with the Vatican

No more ambiguity. Italy would finally have a capital city all its own! Rome would remain the city of the Pope, which is has always been. On an international level, the Vatican carries more weight than Italy itself. 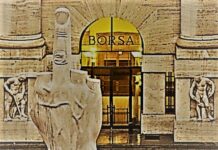 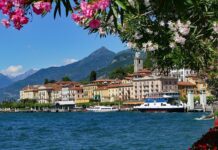 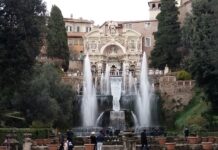