Home Evergreen Milano Internazionale It is now the time for Milan to become a CITY STATE!...

Should it be reminded once more, the recent elections showed that Milan has a different opinion compared with the rest of Italy. As it would be unfair to force Italy to accept what Milan wants, the other way around would be wrong as well. Autonomy is the only good way to respect the needs of any given community, in full compliance with Title V of the Italian Constitution, which states the following: The Italian Republic, one and undivided, both recognizes and promotes local autonomies; by the same token, it enacts the widest possible administrative decentralization and adequates both the principles and the methods of its legislation to the needs of autonomy and decentralization.

As things stand now, it seems hader for Milan to rely on the Italian Government in order to gain a higher degree of autonomy: no matter its actual colours and flavours, they appear to be in contrast with the aldermen and women of the Municipality of Milan and with the political will of the majority of the electors in the city. By the same token, it seems unlikely for the Lombardy Region to bestow autonomy on Milan. However, when all seems lost, a new path opens before us, and a revolutionary one at that. In order to implement it, we may rely on the aid of a Belgian footballer.

A BOSMAN LAW TO TURN MILAN INTO A CITY STATE?

A few rembember him as a football player, while many know about him as he gave his surname to a EU norm which went on to shake the football world to his core. We are talking about Jean Marc Bosman.
It all began in Belgium during the 1990s. Mr. Bosman plays football for the Liège team. Or to be more precise, he does not. He does not as his contract with that team expired in 1990 and was no longer renewed. The only team interested in him is Dunquerque.
There was a problem, however: the Dunquerque team is a French one and Mr. Bosman is a Belgian national. At that time, the few kilometers between Liège and Dunquerque were an impassable abyss, as professional sport leagues made differences between national and foreign football players and considered also those players being citizens of the then-European Community as foreigners. The rules allowed a maximum of three foreign players, and that was that; therefore, Mr. Bosman, having always been a second choice rather than an excellent player, had no hope to be on the team. However, even if Mr. Bosman was not so good on the pitch, he had an iron will; as he had everyone against in his own country, he went all the way to the European Court of Justice, as he wanted to keep playing football. Mr. Bosman invoked his right to be able to play football everywhere in the then-European Community by virtue of Article 39 of the Rome Treaty that was in force at the time and allowed for the free movement of persons.
The European Court of Justice recognized that Mr. Bosman was right, removing any and all kind of barrier to the transfers of those players being citizens of the then-European Community and preventing national sport leagues from putting any such limits into place.
Such a revolutionary development was fortunate for many football players – and for their players- but not for Mr. Bosman. At the end of the day, he could not make much of all this brouhaha. The Dunquerque football team turned its back on him, and so did every other team, maybe because they were mad at him for what he had achieved, removing much of their power, or maybe because he really was not so good. Indeed Mr. Bosman was not to work in football anymore, even as he entered history from the main door: the law having changed the face of European football forever was named after him.

The story of Mr. Bosman may inspire the hardest, and yet most fascinating, way for Milan to become a city State.

This article explained, above, how the Italian Constitution allows, and indeed promotes, local autonomies. More precisely, Article 132 of the aforementioned Constitution gives Milan the possibility of turning itself into a Region and Article 116 allows Regions to access advanced forms of autonomy. Truth be told, Article 116 has never been called upon and Italy is not a country for radical reform. As asking the authorization for a road is difficult in our country, building a new region, itself being coincident with the terrirory of a city, would be a true ordeal.
Personally speaking, I fear that the whole set of tools made available by the Italian Constitution, regional laws and referendums actually reamin intellectual idols, doomed to perish within the swamp of the Italian political reality.
However, exactly because the actual system does not allow Milan to actually invoke those rights to liberty and autonomy it is entitled to by the Italian Constitution, our city should find the courage to dare, getting inspired by the story of a mediocre Belgian football player who was active during the mid-1990s.

This said, what could Milan as a city actually do? Should our community wish for real autonomy, the EU might be called upon directly. The specific norms and connections can be found in both the Treaty of Lisbon and in the Charter of Nice. Amongst their fundamental principles, one can find “good administration” and “the right citizens have to be represented”. Besides those two, another cornerstone of the EU is the free circulation of both goods and persons.
Juridically speaking, the city of Milan is a good. Therefore, it should have the right of freely circulate within the EU law systems in order to exercise its right to “good administration”.

Drawing its inspiration from the so-called “Bosman law”, Milan as a city may invoke, before the European Court of Justice, the right to comply only with EU-generated law, autonomously giving itself the best possible laws for community management in every other case.

What may seem science fiction does have some elements in its favor instead.
Trying to turn Milan into a city State by using the tools of Italian laws and bureaucracy will only gather enemies and obstacles around the city. Acting at the EU level, the things may very well change, since some issues helping the road to autonomy of Milan as a city can be intercepted and connected with. The Council of Europe already gave its favourable opinion towards a greater degree of autonomy for cities, as it would be a tool for democracy and active citizenship.

Other important potential allies for the city of Milan to become autonomous from the Italian central State are the bigger European cities.

Many bemoan the fact that Europe has no identity. And this is known for a fact. This said, what’s the real European identity? It suffices to travel around the world to realize that the strongest identity factor Europe has are its cities. No other place in the world features such a significant difference in their culture, food, traditions and languages, even when they are just a few kilometers distant from each other. The history of Europe is the history of its cities. Moreover, Europe was established by its cities. Modern Europe is rooted in the city States of ancient Greece and grew with the city State having shaped the history of our continent more than any other, i.e. Rome.
The Roman Empire was the expression of a city State, and so was its successor, the Holy Roman Empire, itself a constellation of city States. The result of such historical trends can be seen by everyone, as some cities often have an identity being stronger than that of the nation they belong to.
As the history of Europe was made by cities, its future must restart from them as well. This does not mean to eschew nation States, but rather to renew them in their conception, as it should shift from defending the status quo against external invaders to creating federations of cities. Nation States should change from systems to ecosystems, therefore allowing homogeneous areas to make the most of their unique features within a common space. Considering their overall management, the level being next to citizens should be considered, as cities are the direct expression of their communities.

For such a revolution to be successful, having it happen from a nation State as they currently exist is unthinkable. And that is because of two main reasons. First and foremost, a radical reform deployed by a single nation State would trigger opposite reactions by the others. Secondly, no state would logically act in order to reduce its own power. As it is often the case, whenever reforms cannot follow a top-bottom approach, they are able to walk a bottom-up path instead.

And here we return to Milan, which may very well become the “Bosman city” of Europe, should it so decide before the European Court of Justice. This city, currently trapped in an inadequate law system, i.e. that of the Italian State, calls on Europe for greater freedom, invoking the right to provide itself with the tools it sees most fit to manage its community. Such a process would not stop, rather intending to share its good practices with those European cities intending to manage themselves through a greater degree of autonomy compared with what the State they belong to provides them.

The city of Milan may very well pave the way to a new revolution, allowing each interested city to be managed as a good under the EU framework, achieving freedom of choice and of law, while remaining under the EU and its norms. It may seem a folly, but I think that to be the best possible route to be implemented. Provided there is a will, shared between the citizens and the local policimakers, for Milan to become a city State. 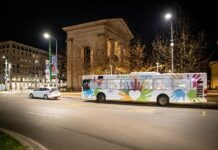 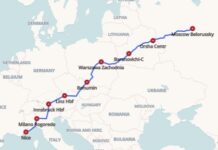 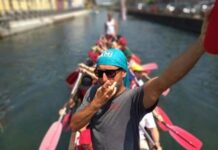