Home Coronavirus The 10 things we understood about the CORONAVIRUS in Milan (🔴 March,...

Even since the Coronavirus jumped on the scene, Milan is the city that felt its fallout more than any other outside Asia, suffering incalculable damages, both to its economy and its image. Even amongst many questions, the first certainties may very well be taken into consideration.

The 10 things we understood about the Coronavirus in Milan

Even if, at the moment, over one hundred deaths have been counted in the whole Italy, the person in charge of the Infective illness Ward of the Sacco Hospital in Milan stated, that in most case “the cause of death can be ascribed to other pathogens”. Besides this, the declaration by Mr. Fontana, the President of the Lombardy Region, focused on the fact that the Coronavirus is, in his opinion “something more than simple flu”. Such a stance would therefore be unable to explain the curfew set up by the Italian Government and the Lombardy Region, to which the Municipality of Milan had to adapt, closing up every cultural, sport, and association activities and introducing limitations in their opening hours for pubs, bars and other stores, except for those providing basing necessities. The only certainty at the moment is that, within the city of Milan, one person is dead in reason, directly or indirectly, to the Coronavirus. While two deaths due to the Coronavirus have been recorded within in the Greater Milan area.

At the moment (March 5, 2020), 87 people have caught the Coronavirus out of a population of 1,4 million. There are some good news as well: the first patient in Milan, a dermatologist of the Policlinico di Milano hospital, has been declared healthy.

The WHO declared that stopping the commercial flights coming from the Country of the Dragon, like the Italian State did, has not only been useless, as the bigger spread of the virus to Italy more than to the other European countries not having blocked these flights, but even counterproductive, as it actually prevented the possibility of verifying the health status of those travellers from the places the Coronavirus first appeared in when they reached Italian soil.

#4 The ban for crowded places concerns stadiums, schools, Universities, cinemas and theatres, but not the public transport system

Despite the fact that soccer matches happen in the open and involve some tens of thousands of people, while an 2 million people overall travel daily in a closed environment, such as that of the Milanese public transport system, only the former have been forbidden, whereas the public transport system in Milan is currently going full steam.

🔴March 5, 2020 update: the Duomo and the museums in the city have been reopened, even if the entry there is strictly regulated at the moment. Schools and universities have beeb closed until March 15. The Serie A football matches will resume, but without attendance.

The Duomo in Milan opened again, at 8:00 AM on March 2, 2020, “for a short prayer”, and to tourists afterwards, even if the entry there has been limited; the same policies will be enacted for both public and private museums. No changes for other cultural institutions and for sports facilities, from football fields to swimming pools, as well as for spectator sports and similar activities. Only the Serie A football fixtures will restart, but without an attendance until the end of March.

#5 Milan is going to look at significant economic damages

The representative of the Hospitality Industry for Milan estimated losses for about 8 million euros for this sector, because of the significant shrinking of inbound tourism flows, while the fairs, a sector Milan has a dominant position in, are going to look at 1,5 billion euros in losses. A great many bookings have been cancelled by tourists, for the Salone del Mobile, an important furniture exhibition, the Milan Stock Exchange plunged. On Monday, February 24, The Milan stock Exchange lost 30 billion euros.

#6 Should a citizen of Milan decide to go abroad, even for work, he or she might run into problems

First, France stopped a bus going from Milan to Lyon because of the suspect coughing of its driver, then the French government decided to force its citizens to stay home for 14 days if they came from the Lombardy or Veneto Regions. Similar restrictions have been set up by other countries as well. The list of the nations forbidding entry or forcing quarantine upon everyone coming from Lombardy, Veneto or Italy as a whole is growing constantly.

🔴 March 2, 2020 update: Many countries all over the world deny entry to those people coming from Milan or Italy at large

The list of the countries imposing restrictions on, or denying, entry to people from Italy is still growing at the moment. In the press conference he held on March 1, 2020, advised Americans against travelling to Northern Italy. American Airlines and all other such companies afterwards, decided to stop all flights bound for the three airports in Milan, Malpensa, Linate and Orio al Serio, for the moment.

In such a case, there is a risk to increase the panic effect, providing no practical solutions for those people having no symptoms or having light symptoms. Most of the experts in the field agree that 80% of the people with the virus recover spontaneously.

According to the official statistics, only 5% of the people having fallen ill requires to be hospitalized. The mortality of the Coronavirus seems to be in line with the rest of the world, around 2% of the overall sick population, but it concerns, at the moment, in the largest amount elderly people already suffering from grievous illnesses.

Concerning the statistics by the WHO all over the world, no child under 10 is dead for the Coronavirus yet. Another mystery on the cause of the sickness.

#9 The atmospheric pollution is even deadlier

Unlike the uncertain data concerning the spreading and the potential mortality of the Coronavirus in Milan, the city still has some scientifically attested causes for a significant number of deaths. Statistically speaking, the seasonal flu, the car accidents and the atmospheric pollution in the city are all deadlier than the Coronavirus for the deaths they cause.

The Coronavirus has also had a positive effect on both traffic jams and pollution, as the majorities of the companies in Milan chose to implement smart working as a preferential tool. Therefore, the flow of vehicles in the city has thinned considerably and the air got cleaner, even in the absence of winds. The cleaning activities on public transport, being something both intense and extraordinary produced cleanliness and good smells as never before.

#10 Milan is the first city in Europe to ever close up several of its activities and businesses because of a virus. But it won’t stop

Milan is the very first metropolis in the history of the Western world to forbid entry to its cinemas, schools, Universities, theatres and events, as well as set up a curfew for business because of a virus. However, its citizens don’t stop: videoconferences, smart work, coworking, no matter the choice, their work and their lives go on undaunted, even when others limit them. The sense of responsibility for those living and working, by birth or by choice, in the city driving the whole of Italy forward remains unchanged even in a situation such as this, where, more than the Coronavirus, the management of the impact this health emergency has had on its citizens still weighs on them. 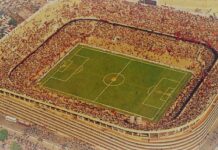 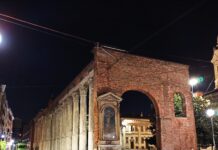 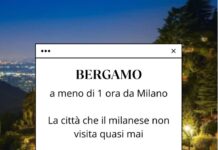