Many consider electric mobility as something innovative, almost out of a science-fiction novel or film.
Truth be told, electric cars predate the much more common internal combustion cars by several years.

And this is because, considering and comparing their engineering, developing an electric car, requires far less design and components than a petrol- or diesel-fuelled car. The engine, or, more precisely, the engines, must only spin a wheel, using the energy held within the battery. On the other hand, combustion engines feature many more components than their electric counterparts and must “contain” the explosion following fuel ignition. Therefore, they are heavier and more cumbersome than electric engines.

In 1828, Ányos Jedlik invented the first, still rudimentary, electric engine and installed it on a small car he himself had built.
In order to give some useful historical context, it is worth noting that , Napoleone Bonaparte had died a mere 7 years before and Italy was to remained a fragmented nation for another 33 years.
A few years later, in 1837, Robert Davidson, a Scottish chemist, designed the first electric locomotive ever fuelled by galvanic cells (the batteries of the time). Even if it was somewhat underperforming compared with the old steam engine locomotives, this was the first instance of a commercial application of electric engines.

However, electric mobility still had a great unknown quantity to contend with at the time: how could energy be effectively stored in order to ensure a suitable driving range for cars?

The answer to this question arrived in 1859, following the invention of lead-acid batteries by Frenchman Gaston Planté, that were then improved by one of his countrymen, Camille Faure, in 1881. These inventors and their breakthroughs allowed the storage significant quantities of electric power, thus warranting tens, when not hundreds, of kilometres of driving range.
Electric cars did also break several automotive records. Indeed, in 1899, the first vehicle to break the 100 km/h barrier was the one called “Jamais Contente” (literally, never content) by Camille Jenatzi. This vehicle had a very streamline shape, resembling a missile, being a tangible result of the first studies on aerodynamics.

The golden age of electric engines

Between the end of the XIXth Century and the early 1900s, electric cars became the most common engine vehicles on European streets.
This was made possible as the mass production of petrol- and diesel- fuelled cars by Mr. Ford were still far in coming and a logistical network to recharge electric cars, worthy of admiration even today, was blossoming.
The problem of a network of recharging station, still heartfelt in 2019, was already a burden on electric mobility more than 100 years ago. Therefore, several producers started offering vehicles featuring quickly replaceable batteries (this concept was repurposed within the Fiat Centoventi concept car).

Even since 1896, the Hartford Electric Light Company offered a service by means of which owners could, by paying a monthly fee, substitute exhausted batteries with newly charged ones when visiting company stations. So much for car sharing!
The taxi services in many cities, such as London or Paris, used electric cars and the latter were used together with petrol-fuelled cars and horse-drawn coaches. Electric taxis in London were also called “hummingbirds” because of the rustling noise coming from their electric engines.

The decline of electric engines

Following the mass industrialization of the automotive sector and the establishment of assembly and production lines, several car producers began offering competitively priced petrol-fuelled cars.
Every day, new oil fields were discovered, within the most remote corners of the world. This allowed to have low-cost fuel during a period when, as cities and factories began using electric power, the price of electric current kept on spiking.
The Ford, Daimler-Benz, and many other, still existing, companies, were the forebearers of a kind of mass mobility which, for logistics- and production-based reasons, chose internal combustion, rather than electric engines.
In conclusion, one may very well think that electric mobility, that is a much discussed topic today, is by no means revolutionary, but rather an idea “resurfacing” from the past, as the benefits connected with electric engines are more appreciated nowadays. 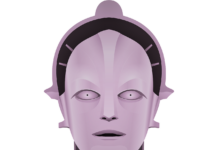 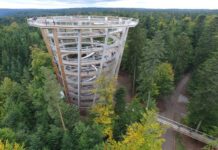 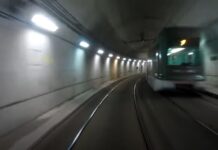